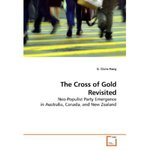 The Commonwealth countries of Australia, Canada, and New Zealand are the oft-forgotten backwaters of the scholarship of advanced industrial nations. Historically, these three countries have been too politically stable to rouse much international attention. Yet in the last decades of the 20th Century each of these countries endured significant social and political upheaval which resulted in the creation of a neo-populist party. In Australia, the infamous Pauline Hanson rose to prominence in 1996 and won election to national parliament, thereafter forming Pauline Hanson's One Nation Party. In Canada, Preston Manning fractured the conservative party to form the Reform Party, and eventually rode a wave of populist resentment to become opposition leader.In New Zealand, a former cabinet minister - Winston Peters - split from the National Party and created the New Zealand First Party. Virulently anti-globalization and anti-immigrant in message, these parties had enormous impact on the mainstream political agenda in Australia, Canada, and New Zealand, and each party has left a political and cultural legacy.