Clinker site along U.S. Hwy 191 is the result of a coal seam fire which has pyro-metamorphosed the surrounding shales as the coal is consumed. Photo by Larry Davis. 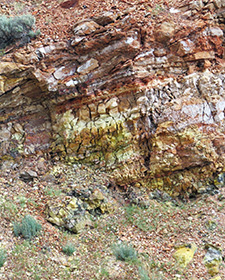